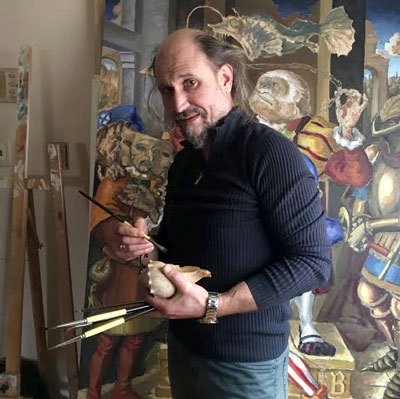 I was born in one of the most unique, mystical and enigmatic places on earth. It’s called Far East Russia. A very long time ago it was very powerful, strong kingdom called Balhae.

The earliest recorded mention of Balhae comes from the old book of Tang, which was compiled between 941 to 945AD.The 13th century census of Northern China by the Mongols distinguished Balhae from other ethnic groups such as Goryeo, Khitan and Jurchen. Most descendants of Balhae are today in China.

Siberia and the Russian Far East are home to some of the most profoundly beautiful wilderness areas left on earth. Russia’s diverse landscapes support an incredible biodiversity, including one-fifth of the world’s forests, and endangered species such as the Amur leopard, Siberian tiger, and Western Pacific Grey Whale. Lake Baikal alone holds 20 percent of the world’s unfrozen fresh water, and it is the oldest and deepest lake in the world. We also have the Japan Sea with its magical flying islands. All of this quickly woke up my imagination as early as four years old and gave me the strongest impulse to create art.

Than began a long process of my education, self-acknowledgment, experiments with different Medias, self-realisations and study from the greatest masters of the fine art.

By the time I reach my twenties the creation and studies of art completely swallowed me, I was in state of craziness, my life became destined to create and study fine art. For the next ten years I worked for 18-20 hours a day, traveling, visiting the world’s greatest museums and galleries! At the same time, I was constantly studying ancient art history, philosophy, religions, and cultures of ancient civilizations.

In 1991 I moved to Canada, where I continue working on my drawings and paintings, as well as studying and becoming fascinated by the early Netherlandish/Flemish artists, as well as the greatest surrealist artists. During past 20 years I had many solo and group shows. I had several publications and interviews with TV programs, and numerous of my art works were sold to private collectors around the globe.

To me, the most significant project I had ,was the international exhibition in Otaru, Japan “Salvador Dali and Fantastic Realism” in 1998, where I had the honour to represent Canada with my surrealistic drawings and paintings of “The flying islands”, along with artists like Max Ernest,  Ernest Fuchs  and G.R Geiger. It’s gave me recognition among the high-end artist of the word, as I shared and demonstrated my goals and endless ideas!

As I become more mature and experienced I realised that to be recognised as a Master of the Fine art, it is not enough only to create art, but also to become an advocate of art.

For many years I been promoting the Neo-Renaissance movement, but you have to understand that is not necessarily my only artistic style. My calling is a calling to all artists to give birth to, to restore and to renovate creations of fine art!

Unfortunately the human nature is often more destructive than creative and can at time building on our legacy of divine art for present and future generations!

We’ve had enough wars and destruction! It’s time to build and create beautiful and inspirational artworks, so that the next generation will not be ashamed of what we did in a past but instead, with pride, will continue to live prosperous and peaceful lives in harmony with each other!

With a deep understanding and appreciation of the past and good proper foundation for the present and future!