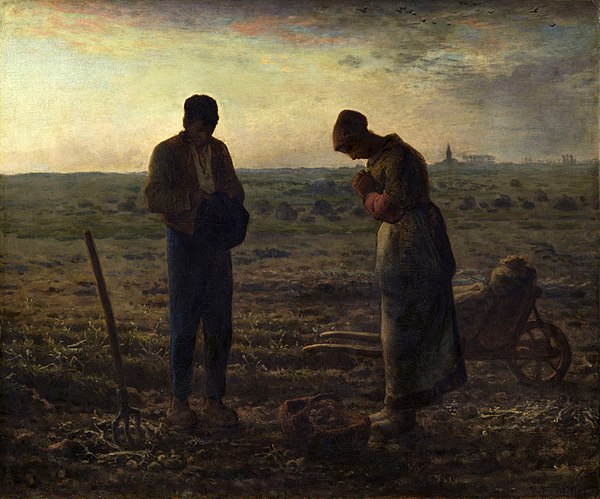 I present to you “L’Angelus”, a painting by Jean-François Millet made in 1858-1859 and kept in the Orsay Museum in Paris. “I’m not a man of letters or a scientist. I’m just trying to be a prayerful man. Without prayer I would have lost my mind.

If I have not lost the peace of soul, despite the trials, it is because this peace comes to me from prayer. One can live a few days without eating, but not without praying. Prayer is the key in the morning and the lock in the evening.”

In my opinion, this phrase by Mahatma Ghandi contains the substance of prayer, also expressed in a sublime way in the work of the French painter Millet.

The title of the painting refers to the Angelus Domini prayer which, traditionally, is recited three times a day: morning, noon and evening.

This is what the two peasants portrayed in the painting are doing: to the sound of the church bells of Chailly en Bière, clearly visible in the background, they suspended their activity – harvesting potatoes – and arranged for prayer.

It was a personal memory that inspired the painter for this painting, as he himself wrote: «The Angelus is a painting that I painted recalling the times when we worked in the fields and my grandmother, every time she heard the tolling of the bell, made us stop to recite the angelus in memory of the poor deceased”.

The scene is set on a summer evening, as suggested by the flock of birds at the top right; the presence of the work tools, the basket full of vegetables, the wheelbarrow with sacks and the rake, further highlight the importance of the moment that the two farmers are experiencing: they are completely absorbed in prayer, as revealed by their bowed heads and folded hands.

To begin this dialogue with God, a precise definition of prayer, they had to take a break from their work. Sometimes not praying arises from the difficulty of finding time, yet the two farmers teach that in life there are priorities that cannot be postponed and among these is certainly prayer.

Then it becomes clear that often the problem is not time but the lack of love and will: loving a person leads to finding time to dedicate to them, but in the absence of love any alibi will be useful to justify the absence.

If you truly love God, you can find the time to dedicate to him; if the latter is lacking, perhaps it would be honest to acknowledge that we are lacking in love.

Prayer itself is nothing but a matter of love! The painter managed to give that daily gesture an extraordinary solemnity.

The two protagonists, taken from the bottom up, stand out against the golden sunset sky with a monumental aspect, which well expresses the greatness of man called to enter into relationship with his Creator.

And God is present, and listens, alluded to by the diffused light of the setting sun, a necessary light that illuminates everything, even the less noble parts of the painting such as the humble land that the two farmers are working.

Prayer therefore reveals man’s greatness, represents his strength and at the same time the voluntary weakness of God who places himself at the level of his creature to listen to him and meet his needs. The need for a dialogue between the human ego and the divine You has always been a fundamental constant in all the religious experiences that man has lived in his history: prayer does not reveal man’s smallness, his nothingness to the divine but quite the opposite.

Prayer is trustingly abandoning yourself to the love of God who precedes you like a father and always accompanies you, from the dawn of your life until his sunset. I’ll leave you with a phrase by the famous doctor and Nobel Prize winner Alexis Carrel: «Man needs prayer like the body needs oxygen. Today more than ever, prayer is urgently needed in the life of individuals and peoples”.

Thanks for your attention. 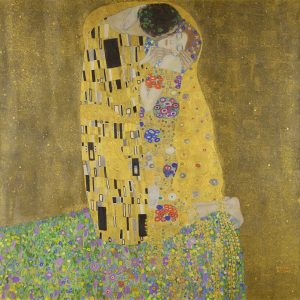 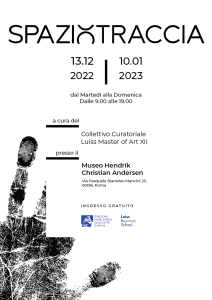 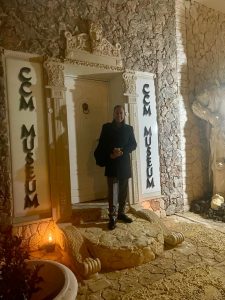 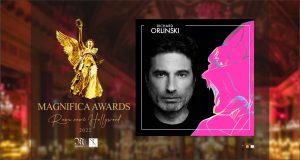