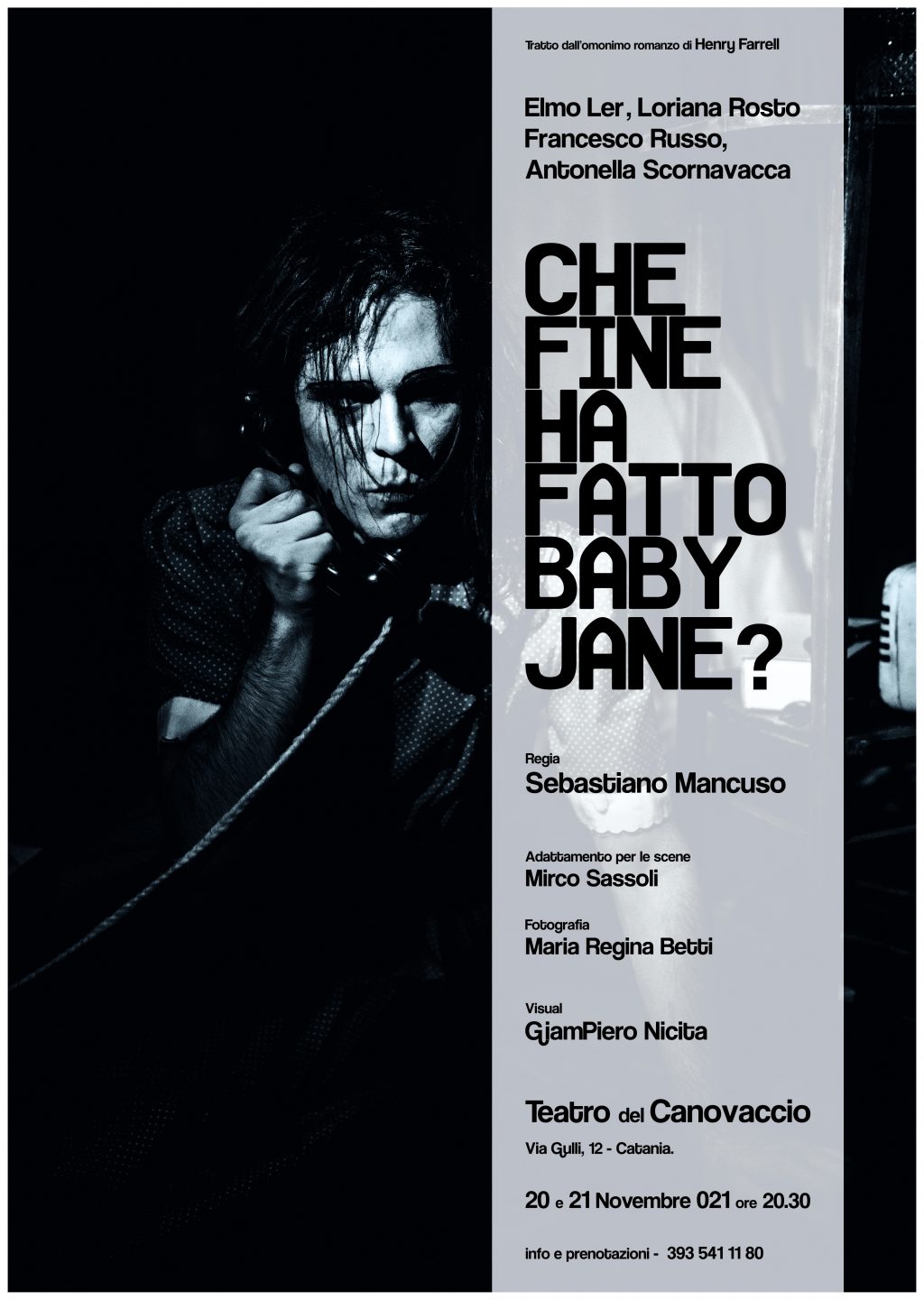 After the success of critics and audiences, the psychological thriller “What happened to Baby Jane?”, Directed by Sebastiano Mancuso, who was also very successful in staging in French at the Théo Théâtre in Paris, returns to Catania for two only dates on 20 and 21 November ’21. The theatrical work produced by Absinthe Teatro is based on the novel by Henry Farrell and had a first reduction by Mirco Sassoli and then a dramaturgical adaptation by the director himself, who by a deliberate and forced choice deliberately departs from the film version. Elmo Ler and Loriana Rosto play the protagonists of the story or Jane Hudson (Baby Jane) and Blanche Hudson. Edna, the maternal housekeeper, is played by Antonella Scornavacca and in this new version, more extensive and more aimed at conceptual symbology, the cast is embellished by the participation of Francesco Russo. “Through plays of light and accentuating the tones of oppression – says Sebastiano Mancuso – we tried to recreate a claustrophobic environment, a cradle of an inevitable madness that forces the two characters to make it impossible to escape, trapped animals that subjugate each other before one and then the other, biting their tails at the same time, whirling around on themselves in a frenzy of terror. “What happened to Baby Jane?” it is a tribute to contemporary myths and stardom, to golden ambitions and ferocious disillusions, it is an explanatory mask that explains how today it pathologically deforms the true sense of ambition, transforming it into a mental and social state of success impregnated with excess and craving. It must be realized at any cost, with maximum success and visibility, so as to make the person feel special and successful. Either way, or you feel like a failure. “Realizing oneself” is no longer a natural evolution of one’s originality, it becomes a struggle to adapt to a model of equal success for all. “

The cast is completed by Giampiero Nicita as visual and by Regina Betti as official photographer.

Jane, once a famous child prodigy, soon saw her success vanish, overtaken by her sister Blanche who, after establishing herself as a brilliant diva, had to interrupt her career due to a mysterious car accident. Destroyed by alcohol and envy, Jane now lives caring for the helpless Blanche who is immobilized in a wheelchair at the mercy of her sister’s madness. The growing madness together with a mature disintegration of Jane, which reach very high peaks, as in the scene in which Jane serves her terrified sister a mouse for dinner, give life to a dark and masochistic relationship that binds them, forced to live alone in an old woman. villa, isolated from the world … and lost in memories. The summary of a life, therefore, that of actress Jane Hudson, which is staged in almost surreal dramatic arcades expressed through the black aspect of the dream or the ambition to become famous. Jane is a woman lost in a distant imagination, escaped from the fear of reality to a dream refuge, alienated in a desperate attempt to crystallize time into a non-time in which she will try to drag everything around her, thus showing a clear underlining of the darker aspects of the decline of stardom. But what these two characters represent above all is the disenchanted, at times moving, condition of two women, two divas, who not only lived, but even embodied and embodied the “dream” of many generations; two famous and unattainable stars, poised on oblivion, cradled and threatened by memories, struggling to find new locations after a merciless, if perhaps inevitable eviction from the world of dreams. The difficulty of a single woman to adapt to a new and uncomfortable reality will emerge, tempted by the charm of dreams and memories as much as by that of alcohol.