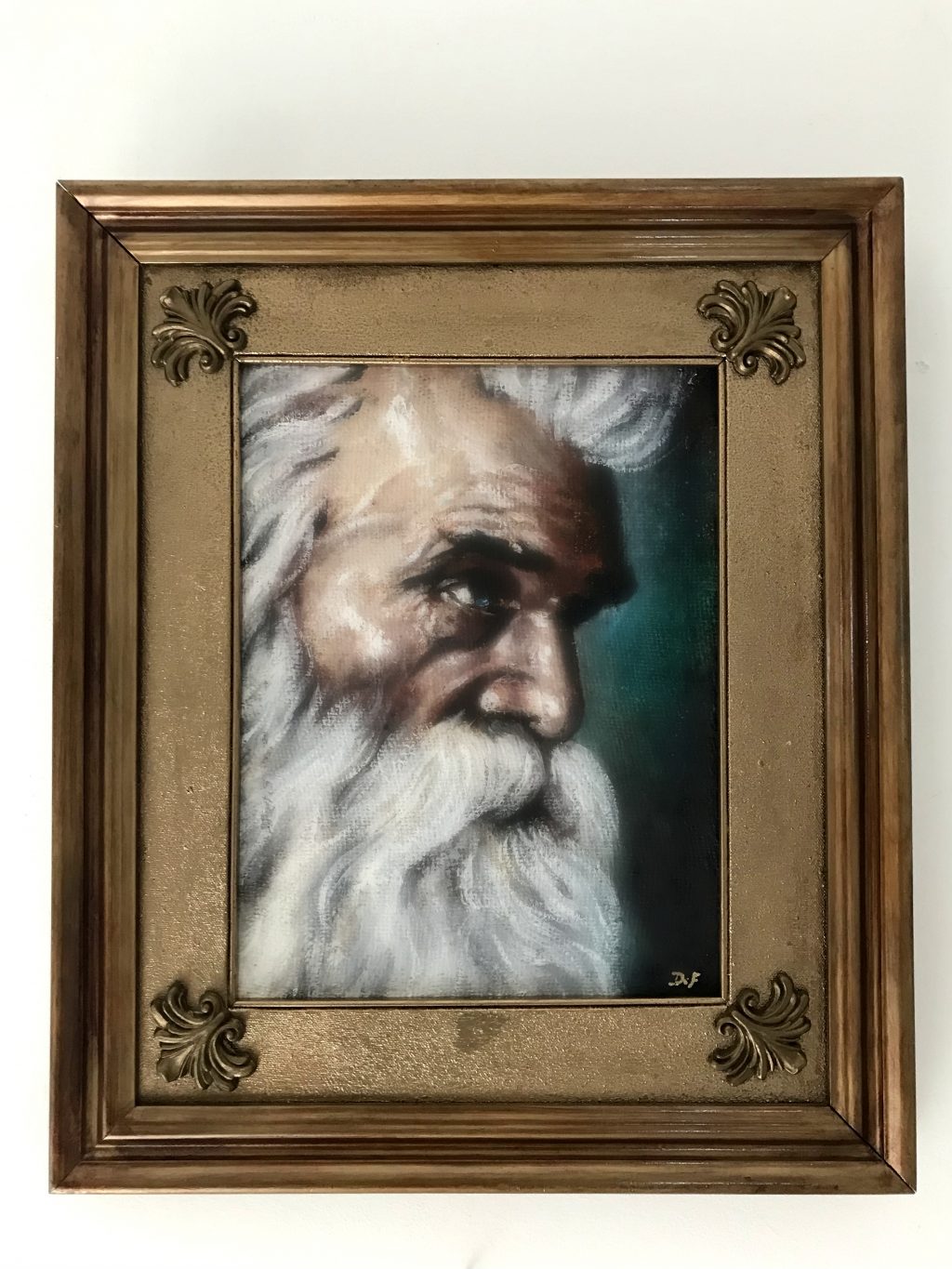 D’Antoni arrives at the Archbishop’s Palace in Ancona with the Opera “San Pietro”, curated by Mariagrazia Minio.

On 24 September 2021, the painter, Founder of the Stilnovista Art Movement, Carmelo Fabio D’Antoni, officially becomes part of the historical path of the Archbishop’s Palace of Ancona with a work entitled “San Pietro”.

The aforementioned, which met with the favorable opinion of the Metropolitan Archbishop of Ancona, Mons. Angelo Spina, was made by the artist on jute canvas with eighteenth-century techniques.
The choice of D ‘Antoni in his free expression focused on a detail of the face, capturing and holding the Spirit of Holiness on the canvas.
Metropolitan Archbishop Mons. Angelo Spina immediately grasped the essence and soul of the artist, accepting the donation with applause, committing himself to protect and preserve the work.
The San Pietro del D’Antoni will be permanently exhibited inside the Archbishop’s Palace in Ancona

The Archbishop’s Palace of Ancona, current residence of the Metropolitan Archbishop S.E. Mons.Angelo Spina and seat of the diocesan offices, has an elegant eighteenth-century facade marked by two large and symmetrical portals, embellished by the scrolls that frame the windows and moved by the roof terrace overlooking the entire building. The Bishops of Ancona had several residences over the centuries until reaching the current one in Piazza del Senato in the first half of the 19th century, then owned by the noble Ferretti family of the branch known as the Pozzolungo from the name of the street that flanks it (today Via Pio II) .

Sicily, the land of culture and domination, of blood and fire, of passion and suffering, has always hosted exceptional talents. D ‘Antoni matures his artistic vein in the precious context of his land, feeding on centuries of history and culture present here. Multifaceted by definition, he grew up in the workshops of the greatest contemporary masters, experimenting with techniques and styles that led him to find his own path in the sublimation of the female figure. In 2017 he approaches the Supreme Poet Dante Alighieri, creating works inspired by the Divine Comedy. The Artist thus approaches the literary thought “Stilnovista”, and decides to resume his philosophy by founding a pictorial current. His personal growth, troubled and overwhelmed, has led him to conquer, despite his young age, the highest levels. he will always remember him as the man who went down to hell passing through the 4 elements until he reaches his highest stature as “Painter of the Dolce Stil Novo”. His is the coined phrase “The maximum expression of art is the strength of the Woman” The Artist has grasped the spiritual value of the strength of true love, the woman, sublimating it in his canvases. A sensitive and respectful man, always distinguished by an elevated spirit, D’Antoni knows how to grasp the beauty in the strong and bright expressions of the eyes seductive and bewitching, but never vulgar in his subjects, which he transforms into mythological and historical women. From Greece to Scandinavia, passing through Europe and England, the artist transforms his models, sometimes his fervent imagination, in immortal warriors, alive and sacred, ethereal guardians of his always precise and disciplined trait.