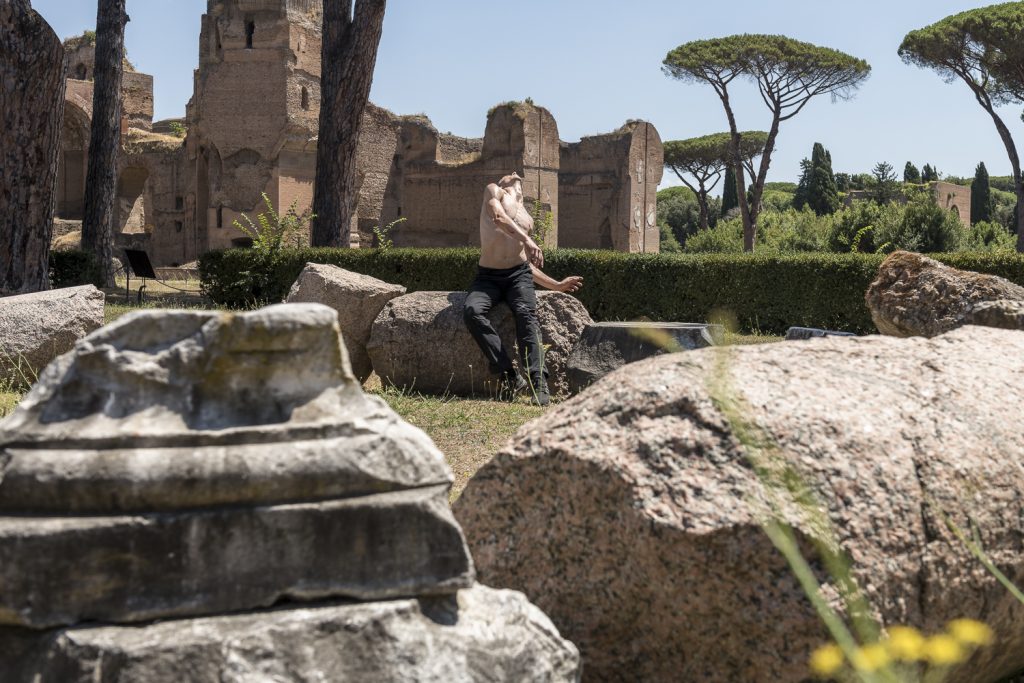 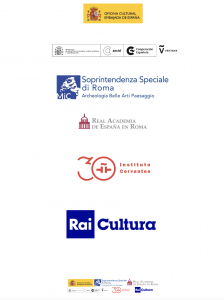 RADIX is an audiovisual project conceived and directed by Cristiano Leone, which promotes the comparison between historical heritage and contemporary creation, acting as an instrument of cultural diplomacy.

RADIX 2 stars the Basque choreographer and dancer Iratxe Ansa and the Italian dancer Igor Bacovich. The project is supported by the Cultural Office of the Spanish Embassy in Rome, with the collaboration of the Special Superintendence of Rome, the Royal Academy of Spain in Rome, the Instituto Cervantes in Rome, in Media Partnership with Rai Cultura. It was shot in the totality of the external spaces of the Baths of Caracalla.

Through this artistic video, Iratxe Ansa and Igor Bacovich pay tribute to the history of the monument and the cultural heritage of two anti-fascist intellectuals, the Spanish poet of Italian origins Rafael Alberti and his wife, the writer Maria Teresa León.

In their performance, the two dancers (couple in life and in art, just like Alberti and León), recite some verses taken from these two works, recalling at the same time the tortuous path of exile, but also the hope of a new life , in the city that had just welcomed them: Rome in the 1960s, both the Eternal city and the Vanished city. It is a city with an indomitable soul, of Fellini's style, where baroque fullness coexists with ruins, covered with political or love inscriptions.

The soundtrack, conceived for the occasion by the Spanish composer Marc Álvarez, thus forms a common thread between ancient Rome and that of the 1960s, with an intimate and epic tone at the same time, which recalls the music of Ennio Morricone and Nino Rota. 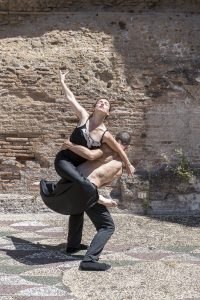 In RADIX 2, the Baths of Caracalla are as protagonists of the video as the dancers, whose bodies merge with the spaces of the ancient Palestre, the Caldarium and the Frigidarium, spreading like shadows on the splendid mosaics and occupying the place of those statues that once they richly adorned the spaces.

The words of Rafael Alberti and Maria Teresa León, recalled by the two dancers in these places, acquire a strong symbolic charge. The Baths, in fact, were built by the emperor Antonino Caracalla, who in 212 AD. issued the Constitutio Antoniana with which Roman citizenship was granted to all the inhabitants of the empire. Cultural unity therefore wants to be an antidote to exile: exiles will always find an ideal asylum in the communities that share their values.

In a present of serious political crisis, marked in recent weeks by the tragedy of the Afghan exiles, RADIX 2 is dedicated to all those who are forced to leave their country or who embrace any form of exile in order to defend their ideals.

RADIX 2 will be distributed on the RAI web portal on 24 September 2021 and will subsequently be promoted on the social accounts of the Spanish Embassy in Rome, the Special Superintendence of Rome, the Royal Academy of Spain in Rome and the Instituto Cervantes in Rome. Rome.

The first chapter of RADIX, conceived and directed by Cristiano Leone and supported by the Cultural Office of the Spanish Embassy in Rome with the collaboration of the Royal Academy of Spain in Rome and the Instituto Cervantes in Rome, was dedicated to the relationship between the dance of the Spanish choreographer Iván Pérez (director of the Dance Theater Heidelberg), the Latin language of Seneca, and the Tempietto del Bramante, emblematic monument of the cultural relations between Romana and Spain. It was in fact commissioned by the Spanish monarchs at the beginning of the sixteenth century and stands in the exact spot where, according to a medieval tradition, the martyrdom of St. Peter took place.

Like the Tempietto, Iván Pérez's choreography was built around a principle of circularity. Through an ascending spiral movement, the choreographer transformed time into a vector of movement and expansion that brought the columns of the monument back to life, suggesting a solution of continuity between ancient, Renaissance and contemporary Rome.

Pérez's performance was accompanied by the reading in Latin of some passages from Seneca's De Brevitate Vitae.

Together with the philosopher from Cordoba, the choreographer “conversed” with our illustrious ancestors, from Socrates to Epicurus, passing through the Stoics and the Cynics. And it is thanks to this dialogue that his personal history has extended to infinity.

The aesthetics of the short film also evokes the Liberation of St. Peter by Bramante's friend, Raphael, to underline the idea of ​​the banquet of very noble spirits to which we are all invited and recalling the period of confinement, in which the video was made.

RADIX 1 was released on 18 December 2020 on the portals of the Spanish Embassy in Rome, the Royal Academy of Spain in Rome, and the Instituto Cervantes in Rome, generating thousands of views and obtaining several reviews (in particular, see the article appeared in La Vanguardia, La creación contemporánea y el heritage histórico unen Italia y España). 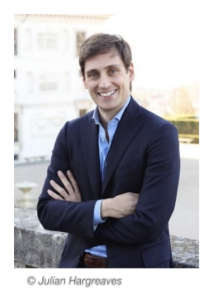 Cristiano Leone holds a PhD in Romance Philology (European Doctorate School in Romance Philology of the University of Siena) and an Executive Master in Management (Solvay Brussels School of Economics and Management). He taught Linguistics and Philology at the Université de Namur, Humanités and Histoire at Sciences Po Paris, Cultural Programming at the LUISS Guido Carli University. Currently, he teaches Art Direction and Performance Art at Sciences Po Paris and Performing Arts Management at Bocconi University.

At the center of his activity are artistic direction, communication and, more generally, cultural policies related to education. In fact, he was first in charge of training at Sorbonne Universités (2014-2016), and then in charge of cultural planning and communication at the French Academy in Rome - Villa Medici (2016-2019).

In 2019, he was playwright of Euripides' Trojan women at the Greek Theater of Syracuse (directed by Muriel Mayette-Holtz and staging by Stefano Boeri) and author of the television special "Il Giorno della Libertà" (Rai Tre), on the occasion of the thirtieth anniversary since the fall of the Berlin wall. Author of two editions of Latin texts published for Salerno Editrice and for the Accademia Nazionale dei Lincei, of articles on philological topics that have appeared in international journals, he has edited or coordinated numerous catalogs of the French Academy in Rome published by Electa. He has conceived and directed the multidisciplinary Festival Ō at the National Roman Museum (Electa production) since its first edition in 2018, with the aim of encouraging dialogue between contemporary creation and historical and artistic heritage.

Since 2020, in collaboration with the Spanish Embassy in Rome, he has conceived, directed and produced a series of artistic short films, entitled RADIX, to promote the comparison between Roman historical heritage and contemporary Spanish creation. 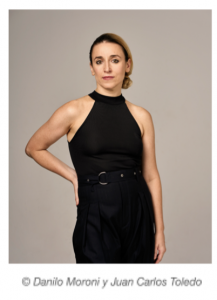 For more than twenty years, the Basque dancer Iratxe Ansa has danced for some of the most important European companies. The Ballet of Basel, the Gulbenkian Ballet in Lisbon, the Compañía Nacional de Danza, in the time of Nacho Duato, the Ballet de l'Opéra de Lyon and the Dutch Theater Nederlans Dans (NDT) trace the line of her career.

When she left NDT in 2009, she was moving away from the brilliant career as a dancer, which began when she graduated from the John Cranko Schule in Stuttgart, and then developed into leading European collectives on the most emblematic choreographies of the 20th century by William Forsythe, Jiri Kylián, Nacho Duato, Mats Ek, Ohad Naharin, Wayne McGregor o

Crystal Pite, just to name a few. But her journey was far from over and she started a new phase as a freelance around the world, which led her to work with dancers of different cultures, trends and nationalities. She continued to dance and create, focusing on developing her own method. Thus, she deepened her concerns about physicality and musicality, two very important principles in her way of understanding dance, which have consolidated her as a researcher of the body.

In 2020 she was awarded the National Dance Award of Spain. Her collaboration with Igor Bacovich began in 2013. 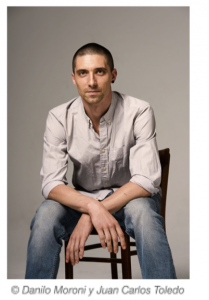 The professional career of the Italian dancer and choreographer Igor Bacovich began at the National Academy of Dance, in Rome, in 1998. In 2004 he continued at CODARTS, in Rotterdam, where he continued his studies, always inclined to deepen physicality, a very relevant aspect for his work.

As a professional performer, he has had enriching experiences dancing for Kirsztina de Châtel, Bruno Listopard or Nanine Linning. As a choreographer, he treasures a long list of creations, many of which he created together with Iratxe Ansa. He has performed on five continents, visiting between the many cities Sydney and Wellington, Shanghai and Taipei, St. Petersburg and Mexico City or London and Prague.

His conception of choreographic work begins and is built entirely in the studio, starting from the live understanding with the dancer. However, not all of his background is related to dance. For eight years he dedicated himself to social work, a vital experience that fueled his creative and restless spirit that also led him to take an interest in leadership and management, essential for the development and consolidation of his company, Metamorphosis Dance . His collaboration with Iratxe Ansa began in 2013. 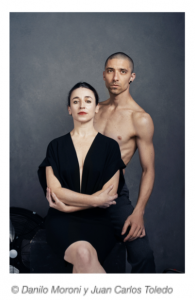 More than 30 countries welcomed Iratxe Ansa and Igor Bacovich. They danced there, shared their method, launched their Metamorphosis International Residency, offered their experience in creating works of art, also in collaboration with other artists.

Together, they premiered more than 20 choreographies in major international groups and institutions such as the Lines Youth Ballet, in the United States, the Lyon Opera Ballet, the Hong Kong Academy of Performing Arts, Arts Umbrella, Canada, or the National Company. of Dance, Spain, for which they created Jián (2018).

Since they started working in tandem, Ansa and Bacovich have found that their ideas, forms and approaches were moving in the same direction. Beyond the understanding on stage, there was a coincidence in the interest and passion for studio work with other dancers, which motivated them to create and develop tools that would make the dancer's work more effective: it is an investigation was born that has become a methodology.

In parallel, they have created commissioned choreographies and a long series of their work has had a long history in theaters, galas and festivals around the world. 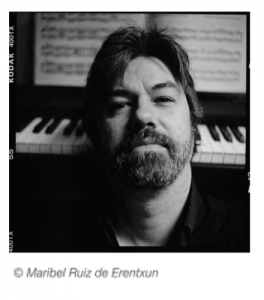 In 2007, Marc created the music of El salt de Nijinsky by the choreographer María Rovira for the Trànsit Dansa company (Butaca award for the best dance show) and the music of La niña farola, for the Carmen Roche Ballet, as well as for La incapacidad de exprimirte and Destiny / Destiny, choreography by Amaya Galeote. In 2015, Marc was invited by choreographer Johan Inger to compose for his hit piece Carmen (now in the repertoire of the Compañía Nacional de Danza - Theater Basel - SemperOper Dresden).

Marc is also involved as musical director for The Opera Locos (Max award for the best musical show) with productions in Spain, France and Mexico.

SELF. Alfonso Dastis, Ambassador of Spain to Italy

Mirella Serlorenzi, Director of the Baths of Caracalla

Ángeles Albert, Director of the Royal Academy of Spain in Rome

Juan Carlos Reche, Director of the Instituto Cervantes in Rome