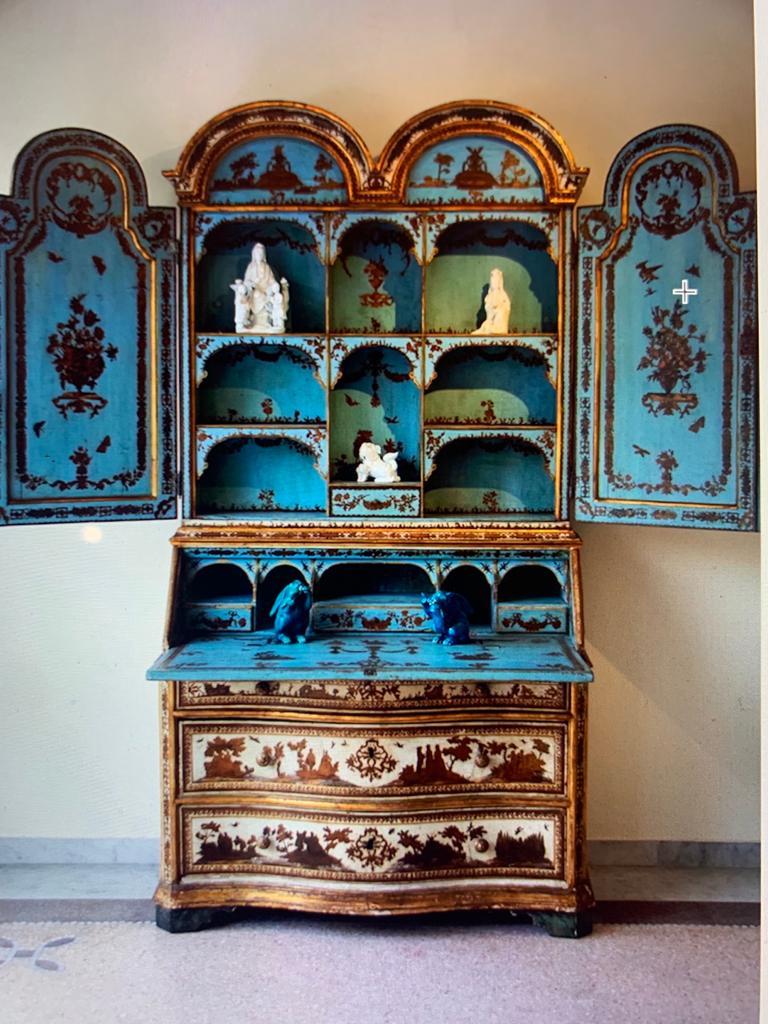 A combination of antique furniture and design between ancient, modern and contemporary art The new concept of the Il Forte Arte Gallery

Forte dei Marmi, August 2021 - Born from the passion for art and beauty of Patrizia Grigolini, the Galleria Il Forte Arte opens in Forte dei Marmi, near Lucca, in 1989. After in-depth studies on restoration and interior design, Patrizia becomes an expert and competent antiques dealer. The knowledge and continuous research of her have allowed her to become one of the historical reference points for antiques: the result of a careful search for quality and exclusive objects. The knowledge and continuous research of Patrizia and her daughter Veronica Cherubini led the Galleria Il Forte Arte to open up to contemporary art, broadening their vision, driven by the passion for the rare and the original, with a careful investigation of the quality. Patrizia and Veronica continue this opening with continuity and attention, setting up exhibitions of contemporary artists and seeking a constant connection between the ancient and the contemporary, including Giò Pomodoro, Sironi, Botero, Mimmo Paladino, Chia, Gustavo Acéves, Carlo Mari, Roberni Barni, Luca Pignatelli, Giuseppe Maiorana, Daniele Fortuna, Emanuele Giannelli, Giada Fedeli aka Gammaphi, Jaruro, Anna Claire Van and many others.

Among the contemporary artists he followed, Gustavo Acéves deserves particular attention: an artist recognized for his powerful paintings of human figures that draw on the classical pictorial traditions associated with monumental dimensions and the use of strong colors typical of Mexican murals.

Since the 1970s, his works have been exhibited all over the world, including at the Museum of the Palace of Fine Arts in Mexico City, the Venice Biennale and the Beijing Biennale, and is featured in the most important private and permanent collections. including the Museo Memoria y Tolerancia in Mexico City and the Vatican Museums in Rome. He was one of the youngest artists exhibited for sale at Christie's and Sotheby's auctions of new Latin American works in New York in the early 1990s.

Among the contemporary artists, the Galleria Il Forte Arte is also currently exhibiting some works by Paolo Nicolai, known for the reuse and recycling of plastics and other types of pollutants present in the environment: it uses plastic and epoxy resin as if they were new marble, the new bronze, metaphors of the new permanence, of the residue that will survive us just as the classic marbles have survived the classicism. He never seeks a return to the past nor a neoclassicism proposed to exalt the models of the past, nor does he want to represent the time that has defaced its forms by emphasizing its myth; instead, he imagines his works as artifacts of future finds, of a post-modern archeology in which plastic, with its millenary persistence, has left an indelible breast.

The works of contemporary artists are exhibited near a five-door screen depicting the four seasons by Jacopo Amigoni, an artist of the late 1600s, or near a Venetian trumeau from the 1700s: furnishing objects that are more unique than rare, as well as of great value. A combination of ancient and modern, chosen with awareness, criteria and competence to give prominence and importance to the art of all times.