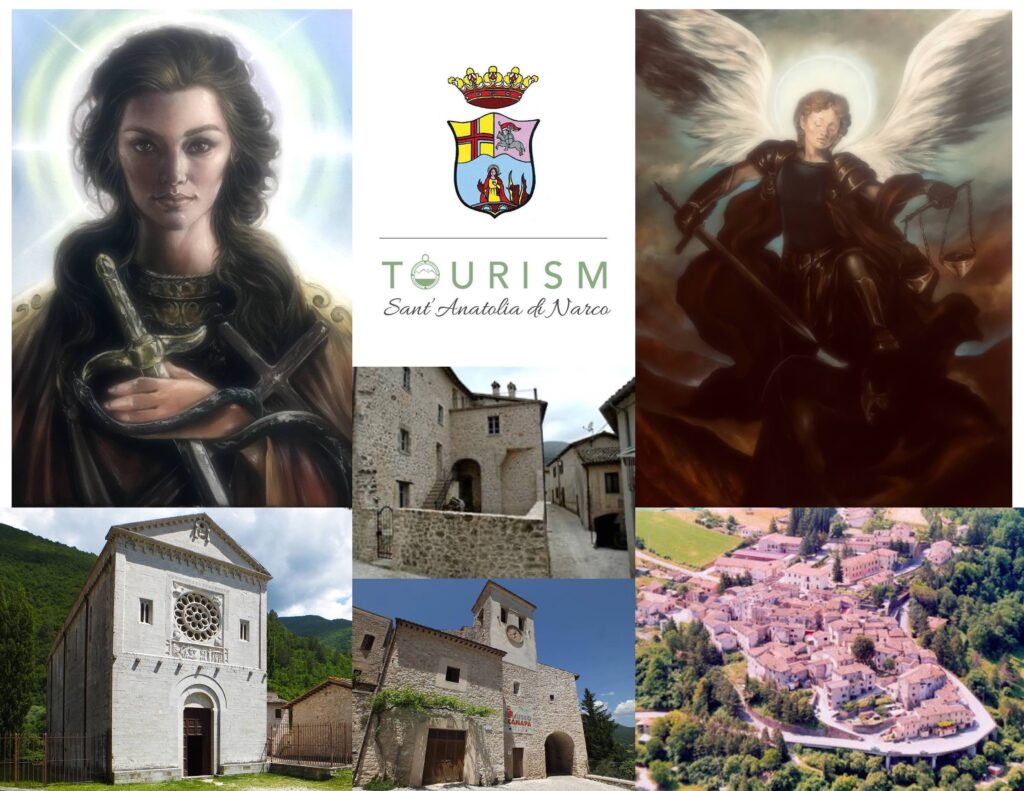 The painter, founder of the Stilnovista Artistic Movement, Carmelo Fabio D’Antoni, officially joins the historical museum itinerary of the Municipality of Sant’Anatolia di Narco, a town on the outskirts of the Valnerina in the province of Perugia.

For this occasion, D'Antoni has created two works with eighteenth-century techniques, the first depicts the Archangel Michael and will be inserted in the Pinacoteca of the Municipality of Sant'Anatolia di Narco, the second depicts Santa Anatolia and will be exhibited in the spaces dedicated to the exhibition of the prestigious and historic Abbey of Castel San Felice.

We thank the Mayor Tullio Fibraroli, the councilor for culture Anna Corti, Prof. Alberto D’Atanasio Art Historian, the President of the association. cultural Voices of the Nera Dr. Valentina Orlando.

The Works will be permanently visible within the museum tourist route, in relation to the opening hours and reservations prepared by the institution.

Sicily, land of culture and cultures that have stratified in the succession of dominations over the centuries, land of blood and fire, passion and suffering, has always hosted exceptional talents. D’Antoni matures his artistic vein by nourishing himself with this precious context. Multifaceted by definition, he grows up in the workshops of the greatest contemporary masters, experimenting with techniques and styles that have led him to find his path in the sublimation of the female figure. In 2017 he approaches the Supreme Poet Dante Alighieri, creating works inspired by the Divine Comedy and inserting himself in the wake of the literary thought "Stilnovista", taking up its philosophy and founding a pictorial current. His personal growth, complex and painful, led him to to win, despite his young age, international recognition. Historians and art critics have written about him that he will always be remembered as the artist who, through research and conscience had the courage to go down to the Underworld, passing through knowledge also alchemical, to the point of choosing to express the same figure as the "Dolce Stil Novo". His is the coined phrase "in the essence of woman the energy of art is revealed and unveiled" The Artist has grasped the spiritual value of strength of true love, the woman, sublimating it in her canvases.

The element that is revealed in the two works donated + is a theology rediscovered and contemplated through the union of representation and representation in the aesthetic thought of this young artist, the mystery of the transcendent is revealed, which finds figuration and imagination in the immanent From Greece to Scandinavia , passing through Europe and England, the artist transforms his models, sometimes I start from his fervid imagination, into immortal warriors, alive and sacred, ethereal guardians of his always precise and disciplined trait. Over the years, the Maestro's career has evolved into constant and continuous growth in the international art world, exhibiting in various museums, foundations and galleries in Rome, Florence, Turin Messina, Bonn, Baden Baden, Cologne, Berlin, Chicago, Los Angeles, Miami. , Vienna, Brussels, Prague, Sofia, Spoleto, Perugia, Andria, Foggia, Catania, Syracuse, Palermo etc.