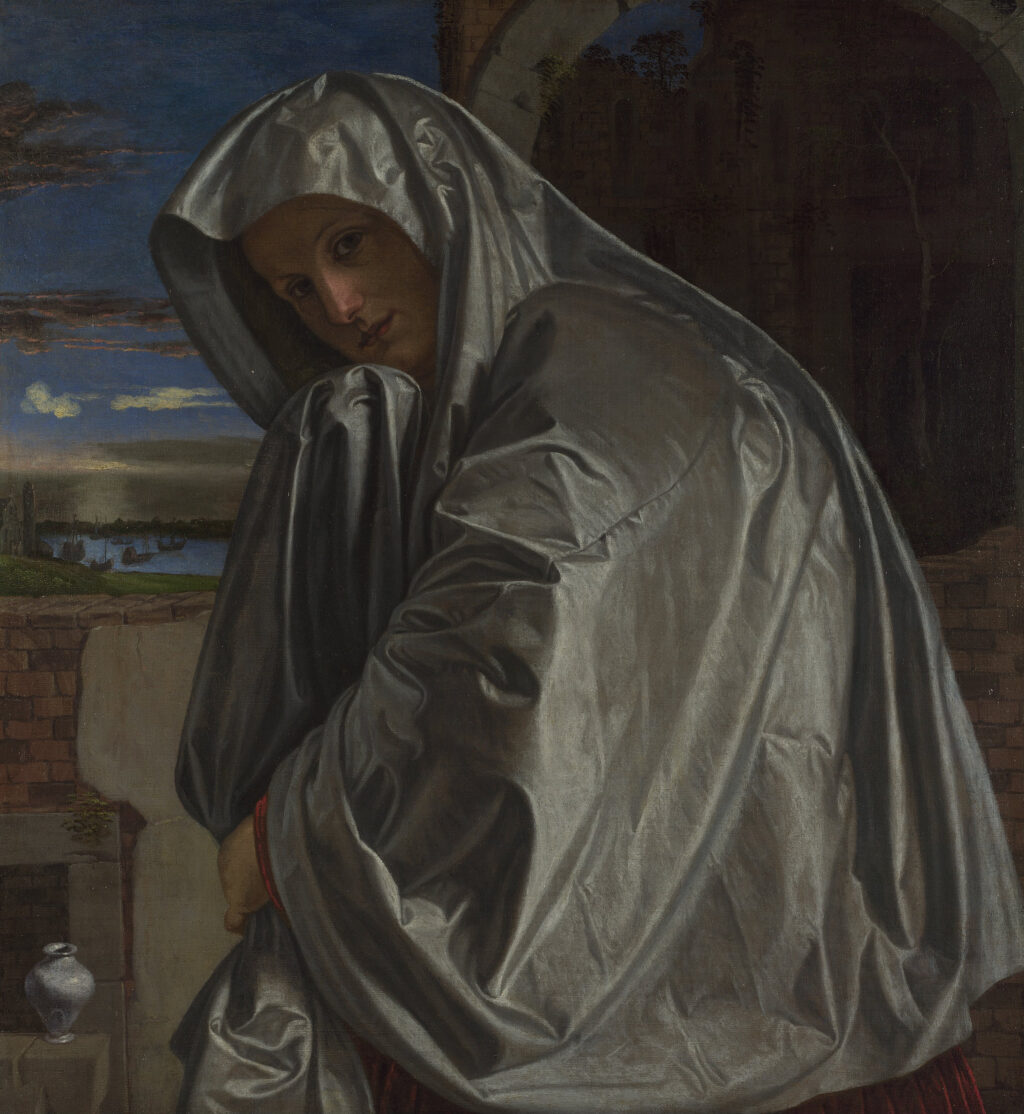 Today I present to you a truly original work in the Renaissance art scene. It is the Mary Magdalene of the Brescia painter Girolamo Savoldo, from 1535, now preserved in the National Gallery in London. If you want to see the video, I refer you to the Arte & Senso Youtube Channel. Savoldo combines Lombard naturalism with the colorism of the Venetian school. The subject aroused a certain interest in the private clients of the time, so much so that the painter made at least four versions. In the background, a verdant landscape with a stretch of water: it could be inspired by the Venetian lagoon with its typical boats.

Mary Magdalene was the one who first saw Jesus after the resurrection at dawn on Sunday, while he was still dark. In her tormented life she was possessed by seven demons, the Gospel informs us about her, from which Jesus freed her of her, restoring her purity to her soul. Here the painter depicts her in an unusual pose, in a vaguely sensual attitude, a possible reminiscence of an equivocal past, and her head gently reclined, as if to seek an ease that would allow her a peaceful meditation.

At the first light of dawn, the cloak and the perfume jar stand out, still bathed in the silver light of the moon. Between these two poles there is the whole life of Mary of Magdala, all of her drama and, at the same time, all of her desire. The questioning look he gives us is impressive, so frontal and so realistic that it feels on us even after we turn around. He seems to want to reveal a secret that she carries in her heart. «I found meaning, a solution to my wounded and disordered life and this solution is next to you but you don't see it. It is Jesus risen! ». She pursues us with her questioning gaze: "Why do you keep running away, turning away?".

The question stays with you, like the gaze of this Magdalene. We escape it by seeking refuge in what is around her: we would like to get away from those eyes of hers for a moment. The lagoon on the left is so full of life and contrasts with the sepulcher that it blocks the view a little. On the other side behind an arch there is something: a dry tree and ruins. Signs of a transient, tired world close to dying.

The question remains there. You are thus forced to return to the gaze of the Magdalene. It is the gaze of those who first saw the risen Jesus, she felt called by name and understood that only that sweet voice of her could redeem all her past of errors and failures.

I leave you with a thought from Kahlil Gibran who puts these words in Mary Magdalene's mouth: «I was dead, I was a woman who had separated from her soul. I lived separate from this "I" that you see now. I was called a prostitute, cursed and envied. When her eyes of the dawn looked into her eyes, all the stars of my night were illuminated and I became Miriam, simply Mirian. She looked at me and spoke: You have many lovers, Miriam, but only I love you. Others are looking for themselves loving you, I love you only for yourself. Others see in you a beauty that passes faster than her years, I see in you a beauty that will never fade. I only love what is in you and what is not seen. And he walked away. No man moved like him, was it a morning wind that was born in my garden and moved to the east, or was it a storm that shook everything to its foundations? I do not know. But that day, the dawn in his eyes killed the dragon that was in me. I became a woman, I became Miriam, Miriam of Magdala. Thanks for your attention.